Why is the SAS introduced in 2015 by the OHADA law slow to take flight in Senegal? 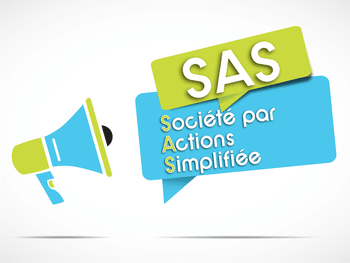 Since the introduction of SAS and SASU by the OHADA (art. 853-1 to 853-24/new book 4-1), the observation I have made is that this form of membership is not widely used in Senegal and the sub region.

This trend is due to a lack of knowledge of the texts around the SAS or to non-awareness about the benefits of this form of membership, the questions remain and remain unanswered.

Still, the SAS did not take flight as it should. Its creation responds to various objectives whose aims were to facilitate the setting up of more modern trading companies with conditions of incorporation and simplified operation (decided upstream by the partners). The SAS also allows to raise the standards of governance and strengthen the rights of the partners. It remains a form of society very adapted to our socio-cultural realities in the measure of a Time It is permissible for us to be able to shape things that we are not taxed from the West (possibility of inserting clauses adapted to our realities Etc.)

In the aftermath, does this inability to create SAS show Our limit:

Brief summary of the characteristics of the SAS:

Interest of the SAS:

Operation of the SAS

are applicable to the SAS:

For the application of these rules and in the absence of specific statutory provisions, the powers of the board of Directors or its President shall be exercised by the President in the simplified stock company Or those of its leaders that the statutes designate for this purpose (For Example a DG or an DGA).

A new Article 853-7 States that the management bodies of the company are set in Any Freedom by the Statutes (Decisions Partners upstream, hence the need to discuss it with a notary and/or an accountant.

Moreover, the extra-statutory pacts (very rare in our OHADA environment) therefore set the conditions under which the company is governed.

The project provides that the SAS is represented in respect of third parties by a President-designate in the conditions Planned Talk Statutes.

The president is invested the widest powers to act in any Circumstance at Name of the company within the limit of the social object.

Are, however, compulsorily or must be subject to unanimity, decisions concerning:

Decisions that would be made in violation of legal or statutory provisions relating to the conditions of validity of collective decisions, can be Cancelled at the request of any Interested.

In the same way, the only body managerial obligatory is the president who can benefit Contract of employment prior to or after the Appointment (Even if he owns 99% of the shares of the company or if he is the sole shareholder, he benefits from the tax and social system of the employees)

And in the societies Multi-Personal, the general meeting of shareholders shall fix the remuneration of the President every year. This must be included in the Minutes.

NB: A Board of directors is not obligatory as in the S.A.

In the case of the partners, another advantage of the SAS is the possibility for The company to decide The exclusion of an Associated with.

In addition, the statutes may provide for the conditions under which an associate may withdraw from the company, the latter having to redeem his shares.

It is also possible, to ensure a certain stability for society, to include in the statutes a Clause Of the withdrawal of shares, for a maximum duration of ten years.

Responsibility of the President and/or leaders

In its dealings with third parties, the company is engaged by the acts of the president which do not fall within the scope of the social object, under the conditions and limits laid down in article 122 of the AUSCGIE.

Where a legal person is appointed president or officer of a simplified company, the officers of the said legal person are subject to the same conditions and obligations and incur The same civil and criminal responsibilities as if they were president or officer in their own name, without prejudice to the joint and several liability of the legal person they direct (Provision is intended to ensure a guarantee for both the company, the partners and the third parties to the

The rules governing the liability of the members of the Board of Directors of Public limited companies are applicable to the president and the executives of the SAS.

And In the same way, article 853-10 New stipulates that the rules governing the liability of the members of the Board of Directors of Public limited companies are applicable to the President and officers of the SAS.

To end this, I would like to make the Senegalese notaries aware of Work To the extension of this corporate form, depending on the needs of their clients and Their expectations (right to good advice).